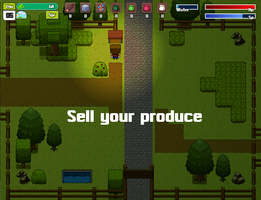 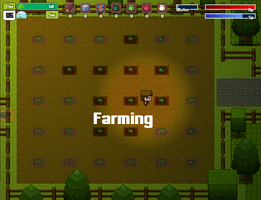 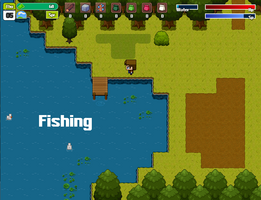 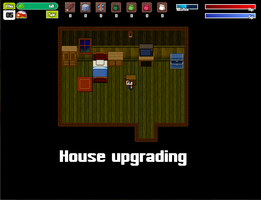 Myself: "After releasing it, I will be attached to it until finish it".

I have tons of prototypes, but I started to enjoy this project so much I really want to finish it.
When the project was released i just decided to have smaller goals, it was just a prototype, i have worked on the mechanics on a weekly basis of 2 hours per day, only working on weekends.

One of those weekends i experimented with cubic areas, because rpgmaker as someone says looks so cubic from the start, i were working hard to make it less squared and more rounded, but then i though to take advantage of this to make something with another look and feel.

Then i started doing sketches on paper in order to have an idea of what i wanted to see in game. 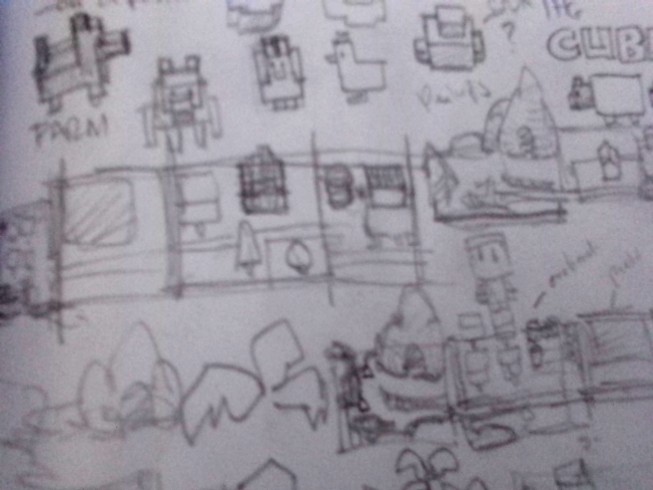 At the same time i worked on paper the algorythms i need to implement to insert mechanics on game.

On paper project was so ambitious that i will not finish it in some years, so i decided to cut it down to make something playable that i could update now and then adding newer features, but keeping the main idea and art.
That big village full of quests, Npc's, crafts and tons of places to discover became a small project about living in a farm. Of course i want to make a big city full of business and mini games, but at this point i just want to work on this.

Where the inspiration came from?

While https://itch.io/jam/crunchless-challenge started, i set my schedule and started doing research, i wanted to make a top down shotter, but then another came and jam called my attention: https://itch.io/jam/16-day-rpg-maker-themed-game-jam-4, not so much people were there but i remembered those old days playing Harvest Moon (from Natsume) night and day, i remember with love that game, I was trying to reach the top of friendship, money and crops.
I also found some new versions and related farming games, most of them badly done, uncompleted or in hiatus forever, so i played again farming games as much as i could. At the second week i had a lot of ideas on paper to start working on as soon as the jam challenge started. 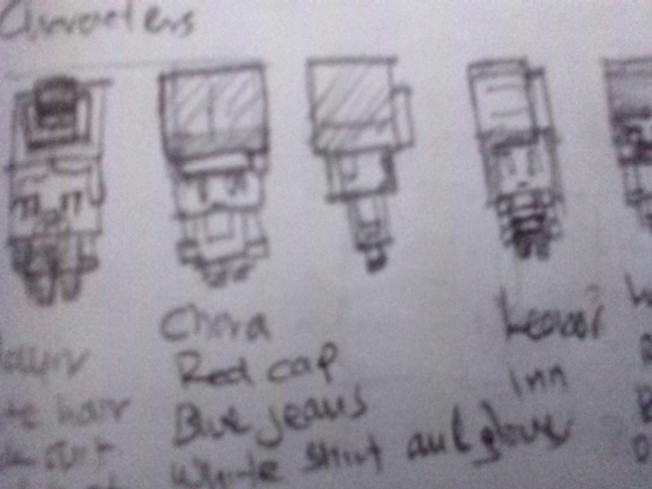 Meanwhile i worked on general purpose mechanics, and revisited my own plugins to see if there were something i had to optimize. Last 2 weeks were just matter of downloading what were on paper and on my mind to the engine and then i started working on the graphics, game should have entirely new graphics everywhere. Whatever else were inserted didn't match with the look of the game, so i had to redraw everything most of the times from scratch

This was the original main chara, and all graphics existed before Cubic Dudes idea.

As you can see they are extremely diferent and so the furniture, ambience, panoramas, tilesets, etc... Everything need to be redone.

When i started to work on them i found it was easy to draw because they don't requiere so much detail and they have a cute look i decided to make it a peacefull, tender and relaxing game. No battles, no enemies, safe content. That's the target.

I started working on the field and i found it was hard to make it work on rpg maker, i think that's why a lot of farming games done with this engine don't work fine. I found that mixing common events, script and a well done character set, allowed me to easily insert as many places to crop as i wanted, i just made this on a single map, because farmers usually don't go planting seeds everywhere they walk, but, a farming game should have a great field to raise crops, at least 30 crop spaces should be inserted.
I decided not to insert a tool selections system. To plant you just need the seeds and select which ones and for water, you just need to have the watering can, same for every other resources, you don't need to equip, unequip or change them, just have it and yout tiny avatar is so smart he knows what to use there.
With the help of a script i managed to change graphics for each crop depending on their lifetime and if they are watered or not. After some mistakes i could run the complete engine made of this and that. Next challenge was weather, because seasons is a must on farming games, so i had to work on changing tilesets and make each season noticeable for every aspect: visible graphics, hidden systems, weather!!!... so.. it comes the rain..

Rain should water every crop on the field and that watering should be automated, and then counted to add days to the life of the crops. Again i had to implement it using Javascript and it was done.

But what about the climate? Harvest moon has a weather channel where you can check next day weather, so i had to implement this.

First check the season, then select from a couple of options what climate change will be tomorrow, will it be sunny? rainy? maybe it's wnter and there should be snow. Set this value on a variable and voilá, i had the main ingredients for tomorrow weather.

For this part i just wanted to call a function, but there are no real functions on rpgmaker so i decided to implement one inside a common event, and i will call it as much as i wanted, changing some variables, common event work great as function, i just say:
$res = "stone"
$qty = 2
And then i call the event and it gives me 2 stones. I worked then on the eye candy featuretes, animations and sounds to enrich it.

I used some old tricks from rpgmaker to some mechanics, i.e. horse riding, fishing, etc.
I think i will talk about them later and i will implement basic features before going with the story and sidequests, harder features should wait their turn.